A special cake to thank all the volunteers who took part in the 40 Day vigil for Life. 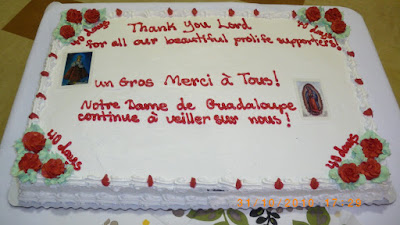 The wall of fame - those are just some of the ~250 volunteers from all across New Brunswick who came to pray at the vigil site. 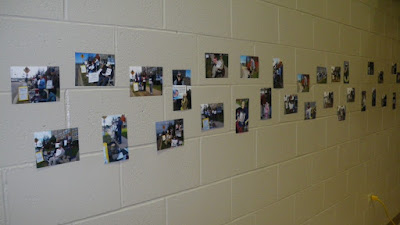 The pro-aborts tried to counter our vigil several times; they were able to gather about a dozen of people on one or two occasions, but they couldn't match our vigil. Today, in the vigil's last hours they gathered again - just to find over 30 people on our side.

(One of them later sent us an e-mail request to have their pictures removed. Not sure if we actually needed his permission to post the pictures, considering that the sidewalk by the hospital is a public space. But if they don't want their faces to be seen - I guess we can honor that request.)
To those, who had the courage to reject donuts and coffee when offered (because the 40 Day vigil meant not just praying, but also fasting) - an exquisite buffet. 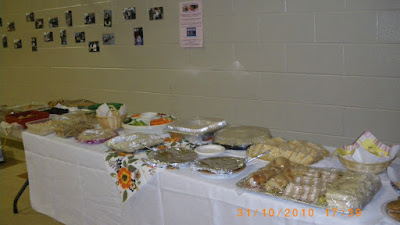 After the dinner and the cake, it's time for a speech or two... 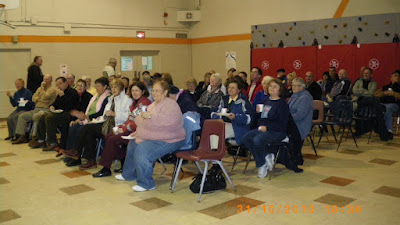 Speech by Peter Ryan, Executive Director of the New Brunswick Right to Life:
And the final part - the closing prayer: