Honorable Graydon Nicholas, a former Provincial Court judge and a former Leutenant Governor of New Brunswick. Shouts of the pro-abortion activists can be heard in the background.

Andrea MacDonald shares her experience. (Unfortunately, first 30 seconds or so cut off.)

Life Tour - We Need A Law Presentation in Moncton

We Need a Law is a group dedicated to raise the abortion issue politically, and with a federal election this fall, the Life Tour is designated to do just that. They came to Moncton on September 23, 2015. Here are the videos of their presentation:


Questions and Answers - and plenty of them.

Posted by Leonard at 1:28 PM No comments:


The revised regulation (84-20, Schedule 2) on Medicare funding of abortion in hospitals, and statements by the Minister of Health, raise many questions:NB Right to Life estimates that the additional costs will easily be in the $1,000,000 to $1,500,000 range, and the total abortion costs for Medicare will be at least in the $2,000,000-$3,000,000 range (new costs plus current costs). Those figures do not include the cost of treating post-abortion complications (2-3% of procedures involve immediate physical complications; longer term physical and psychological complications affect many more women, according to much research).

The above questions are surely all legitimate. As New Brunswickers consider the implications of a policy change rightly described as “monumental,” they deserve some answers.
Posted by Leonard at 6:17 PM No comments: 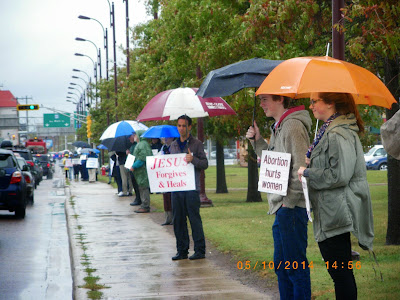 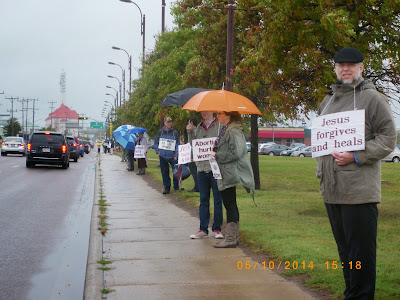 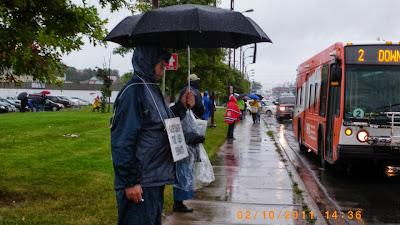 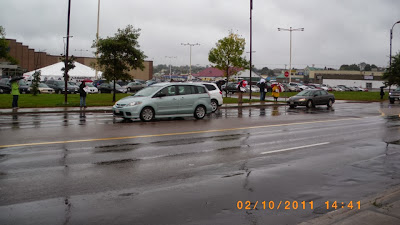 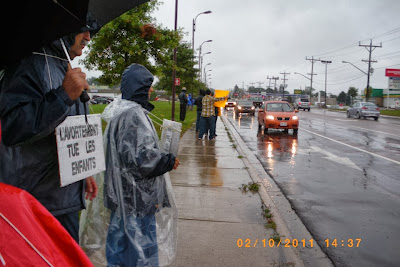 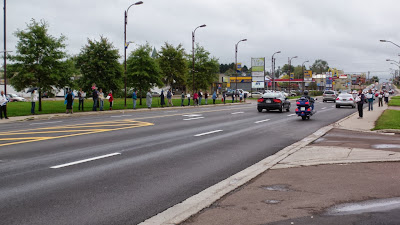 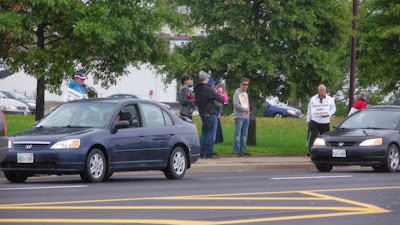 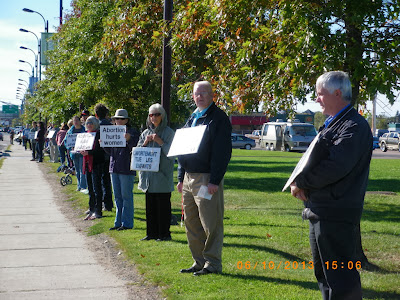 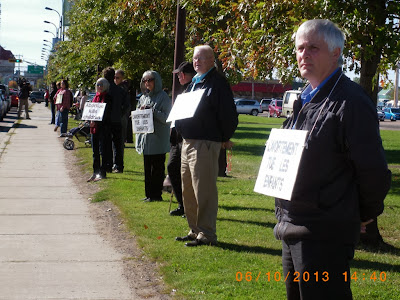 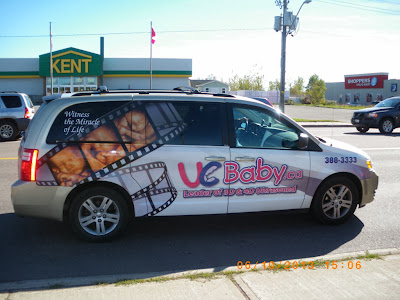 From the 40 Days for Life e-mail release:


Over these last six years, 575,000 people in 501 cities around the world have participated in 40 Days for Life campaigns of prayer and fasting ...

Now, are you ready to see the proven life-saving results of 40 Days for Life happen in YOUR community?

Then you'll want to attend one of two very important webcast events happening next Tuesday, July 16.

If you are in NORTH AMERICA go to:

If you are anywhere else INTERNATIONALLY go to:

During these LIVE events, you will discover:
What you learn on Tuesday, July 16 could change you -- and your community -- forever!

Here are the details:

WHAT: This event is specifically designed for those interested in holding 40 Days for Life campaigns in NORTH AMERICAN cities.

Register to attend this webcast at: http://40daysforlifewebcast.com/northamerica

TIME: 6 PM GMT / UTC (you may check for your local time at http://www.timeanddate.com )

WHAT: This event is specifically designed for those interested in holding 40 Days for Life campaigns in all other INTERNATIONAL cities.

Register to attend this webcast at: http://40daysforlifewebcast.com/international

During both events -- which you can attend by streaming audio webcast or telephone -- you'll hear true stories from special guests about hearts changed, lives saved, abortion centers closed and abortion workers converted during 40 Days for Life campaigns ...

... and you'll learn how, with God's help, you can accomplish similar results where you live.

At the end of each webcast on July 16, we'll begin accepting applications for those who want to LEAD a local 40 Days for Life campaign -- from September 25 through November 3.

But the ONLY way you can apply on July 16 is to join us for one of these special events.

The webcast is absolutely free, but with more than half a million 40 Days for Life volunteers around the world, spaces will fill quickly.

So REGISTER NOW at:
For life,

Posted by Leonard at 6:58 PM No comments:

A few pictures from the recent New Brunswick March for Life.

This year's March for Life started with a Mass. 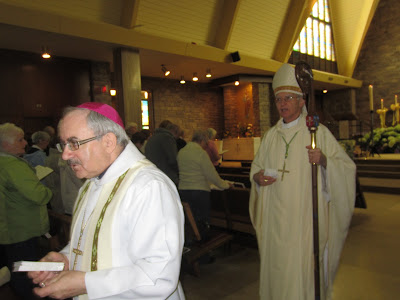 The rally at the Legislature - with about 450 people present. "The crowd was bigger, more youthful and more upbeat than ever" 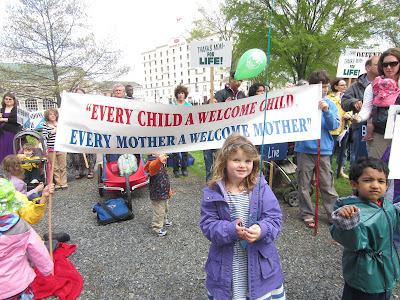 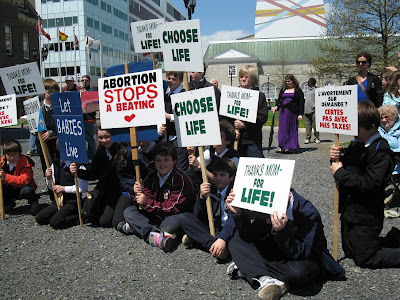 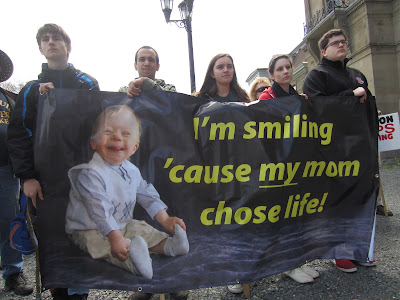 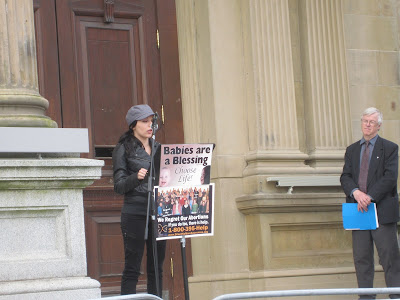 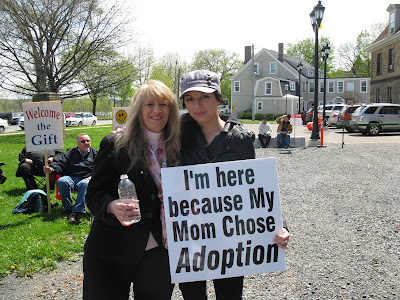 16 of the 55 Members of the Legislative Assembly attended the rally, including nine of the governing Conservatives and 7 Liberals. 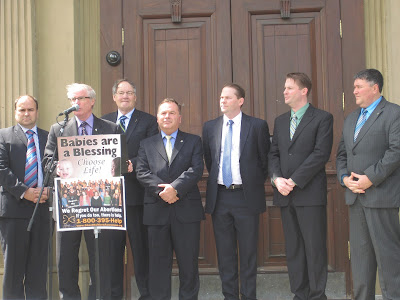 Roses - to commemorate about 1000 New Brunswick babies that die in abortions every year. 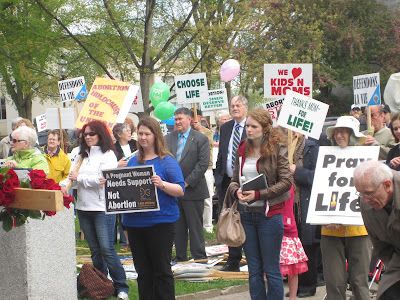 Prayer circle at the Mother and Child Welcome House - just across the fence from the abortion facility.

Check out Life Site News for a detailed report.
Posted by Leonard at 9:13 PM No comments:

Co-president's remarks.
Kelly Peters, co-president of the Sussex Area Right to Life presents an overview of the current situation and what could be done to promote the culture of life:
How do we overcome these societal evils?
How should we respond when evil destroys the helpless? Rev. Dr. S. Neville Gosman discusses that in his speech: